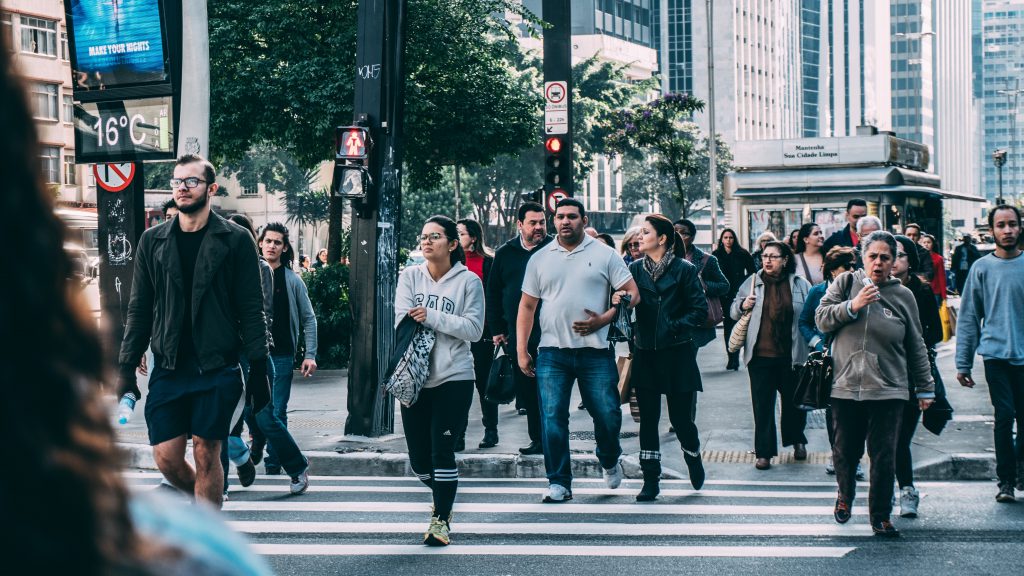 How does a company in the middle of a long takeover process deliver stunning results? In 2017 SABMiller was taken over by the largest competitor in a $100bn deal. In my experience, most companies head downhill in these situations. SABMiller continued to outperform everybody in the sector. One reason was the excellent resilience program run by Samantha Rockey and others (check out her podcast on how behavioural science helped).

The second part was a career management programme to support employees as they embarked on a significant career transition into new roles and career options. Being able to think about their future seemed to help people stay engaged in their current roles.

I ran a workshop called Personal Branding, which helped people apply marketing principles to their hunt for paid work, whether permanent, freelance or as entrepreneurs. This is what I learnt from delivering these workshops.

People felt uncomfortable about being branded or branding themselves. It reduces the richness and nuances of the individual down to a consumable, saleable ‘product’ (or even worse a commodity). This provokes a deep and visceral response in many. It’s unnecessary and gets in the way of what is a valuable exercise.

While Marketing is a recognised field and many people see the value in it, branding feels like the world of smoke and mirrors. Personal Branding felt like the domain of Richard Branson or Steve Jobs, distant figures not relevant to their world. Changing the language made people more enthusiastic. Full disclosure: I worked in Brand Marketing for 13 years but this isn’t my own view, just reflecting what I heard.

Some people in the workshops knew exactly what they wanted from their next career phase, and just wanted tips on how to tell their story in the most engaging fashion. But a lot of people – focused, high performing, successful people – had never really stopped to think about what they really wanted from their career. They focused on extrinsics- conditions and titles – not what really motivated them to do great work. When they looked at the arc of their career using a career timeline exercise like this. Many people saw patterns and linkages which really helped them start to understand what they wanted from work.

“Think of the big decisions you have made in your life – career, relationships, locations – and ask yourself what was important to you?”

Focusing on actual, real life events seemed a good start point, and highlighted how they had changed over time. For those who were keen to pursue this deeper, we used great questions from Jay Shetty that he asks himself on a very regular basis:

What advice would you give your younger self?

Interview your older self – what regrets would you have?

You can get around this by using external data. Many individuals had 360 degree feedback as well as in-depth psychometric data which is the gold standard. Otherwise, try asking some questions of your colleagues and friends, especially those with your best interests at heart. Ideally, get somebody else to do it to ask for and catalogue the feedback, because your friends will be more honest with them.

During the workshops, people could often articulate which companies they would like to work for or and where they would source their future customers. When prompted, they could state who would make the decision on filling the role or giving them the business. What they didn’t do was to paint a rich picture of that person and how they might be influenced.

Being Insightful means thinking about your target audience from their perspective – not just in a functional way, but in an emotional way. Exercise your empathy muscles and ask what keeps them awake at night? What do they want for their team and their organisation? Are they expansive in their thinking or looking for some support because times are tough?

You might not get to a satisfactory answer first time around, but the exercise could show the gaps in your information that you could fill. This is a picture you can refine over time through the career transition process.

People knew that networks mattered in a vague way, but most people didn’t realise how useful they could be in finding work. When they started to understand the basics of networks as articulated by Malcolm Gladwell in The Tipping Point and by Adam Grant in Give and Take they could see the application. It built well from the previous exercise in being insightful– if you understand what your customer wants, you have the currency to establish a connection.

So if you’re delivering these types of workshops, I hope these learnings are useful for you. And if you’re starting a career change, know that many people find these areas difficult and have overcome them.

Thanks to my former colleagues at SABMiller who created the program and delivered the workshops, particularly Ed Scruton for his help. Good luck to everybody who attended in their future careers.