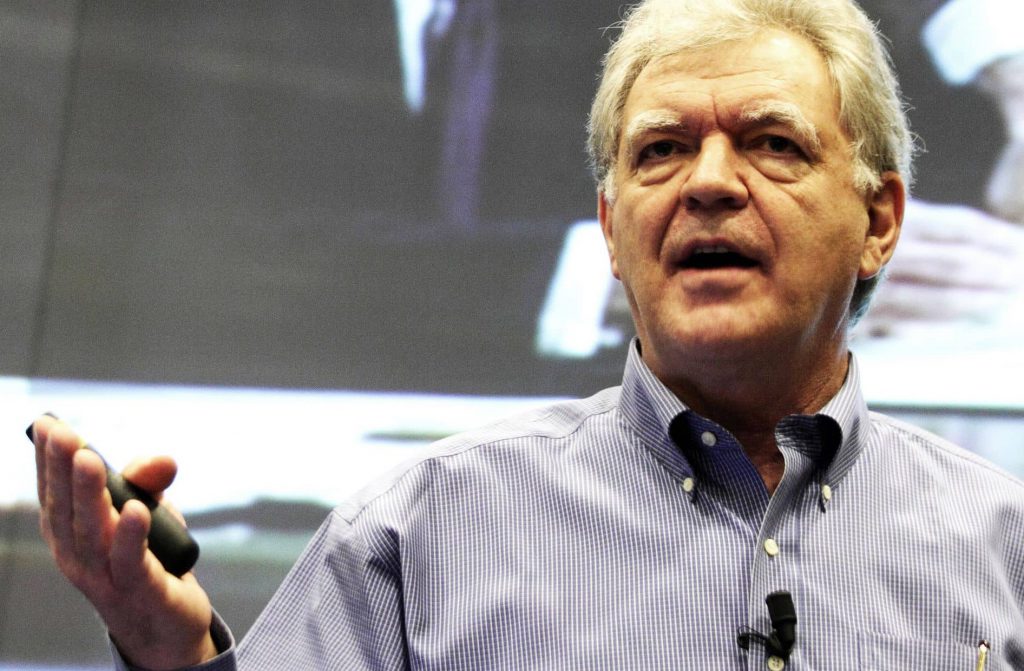 George Kohlrieser is a psychologist and former hostage negotiator. His experience of high stakes situations, and how people react in them, brings a different perspective compared to normal management lectures. He recently spent two days with a group of us – HR professionals –  as part of a Corporate Research Forum program.

Loss is something we experience all the time, he says, and often we don’t acknowledge it. The loss of something is often present in our everyday interactions at work – loss of that long-promised promotion, of a division that was sold off, and yes, even the loss of your desk position in an office move. These losses – ones that I hadn’t even considered – can affect us, and our relationships with others.

What made his argument convincing is linking it to Daniel Kahneman’s work on loss. Kahneman, who won a Nobel prize for his work, proved conclusively that the loss of anything is more keenly felt than the equivalent gain. For example, losing £10 in a bet produces much more pain than the pleasure of winning £10. His research shows that we have a strong aversion to loss, and the loss of anything triggers a deep seated response in our brains.

I had always thought about this in a financial or material context. Listening to Kohlrieser changed my perception. Any loss triggers a response even if insignificant, a loss is still a loss, and if we don’t deal with it, it will come between us and others. Kohlrieser cited the example that many of us in the room recognised – when the CEO is fired and a smokescreen explanation is provided (“to spend more time with his family”). When the new CEO starts then and doesn’t even acknowledge his predecessor’s contribution or memory, the ghost of the first CEO is still present. Contrast that with the old and new CEOs hosting meetings together, and the outgoing CEO endorsing his successor.

If death or break-ups are akin to earthquakes, the losses experienced in regular business change programs are only tremors, much lower on the Richter scale. But they are on the same continuum so we need to think about them in the same way. Kohlrieser referenced the Grief Cycle to explain this.

So what can we do to deal with these losses? First, acknowledge them. Recognise that we have lost something, don’t discount it, however small it may seem. If this is a team situation, do it openly, and as a team. When SABMiller, who I used to work for, was taken over by a large competitor and our team was disbanded, we talked openly about what we would miss and what the future could hold. And this comes on to the second part: recognise the opportunities that come from the change too. Many of us have gone to new and different careers that we might not have chosen if SABMiller was still in existence.

Lastly, when thinking about any kind of change you might be introducing to an organisation or group of people, be aware of what they will lose from the change. Acknowledge that loss as well as focusing on the gains. This frees up people to embrace the new.

You have to say goodbye to say hello.